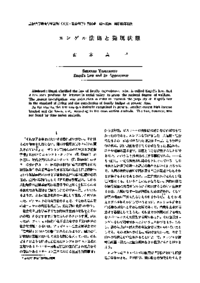 b002001000k005.pdf 1.57 MB
Description
Engel clarified the law of family expenditure, what is called Engel's law. And it has been produced by interest in social policy to grasp the national degree of welfare. The present investigation was undertaken in order to research the propriety of Engel's law in the standard of living and the constitution of family budget at present time.
As the results, the law was qualitatively recoginzed in general bracket except high income bracket and the lowest one, according to the cross section analysis. The fact, however, was not found by time series analysis.
About This Article
NCID
AN00107952