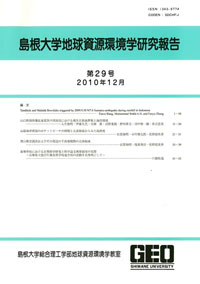 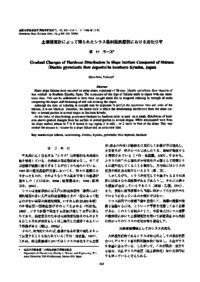 c006015017.pdf 651 KB
Description
Many slope failures have occurred on steep slopes composed of Shirasu (dacitic pyroclastic flow deposits of non welded) in Southern Kyushu，Japan. The occurrence of this type of failures tends to repeat with any recurrence time. This can be understood to have been brought about due to temporal reducing in strength of rocks composing the slopes and thickening of soft soil covering the slopes.13;
Although the style of reducing in strength may be important to predict the recurrence time and scale of the failures，it is not clarified. Therefore, the author tried to obtain the deteriorating distribution from the slope surface to inward portion in several slopes in Southern Kyushu.13;
As the index of deteriorating, penetrative hardness by hardness meter is used. As a result, distribution of hardness shows gradual changes from the surface to inward portion in several slopes. While deteriorated zone from the slope surface attains to 7 to 8 meters in top region, it is only 1 to 2 meter in foot of the slope. This may control the amount of volume for a slope failure and its recurrence time.13;
About This Article
NCID
AA11455176